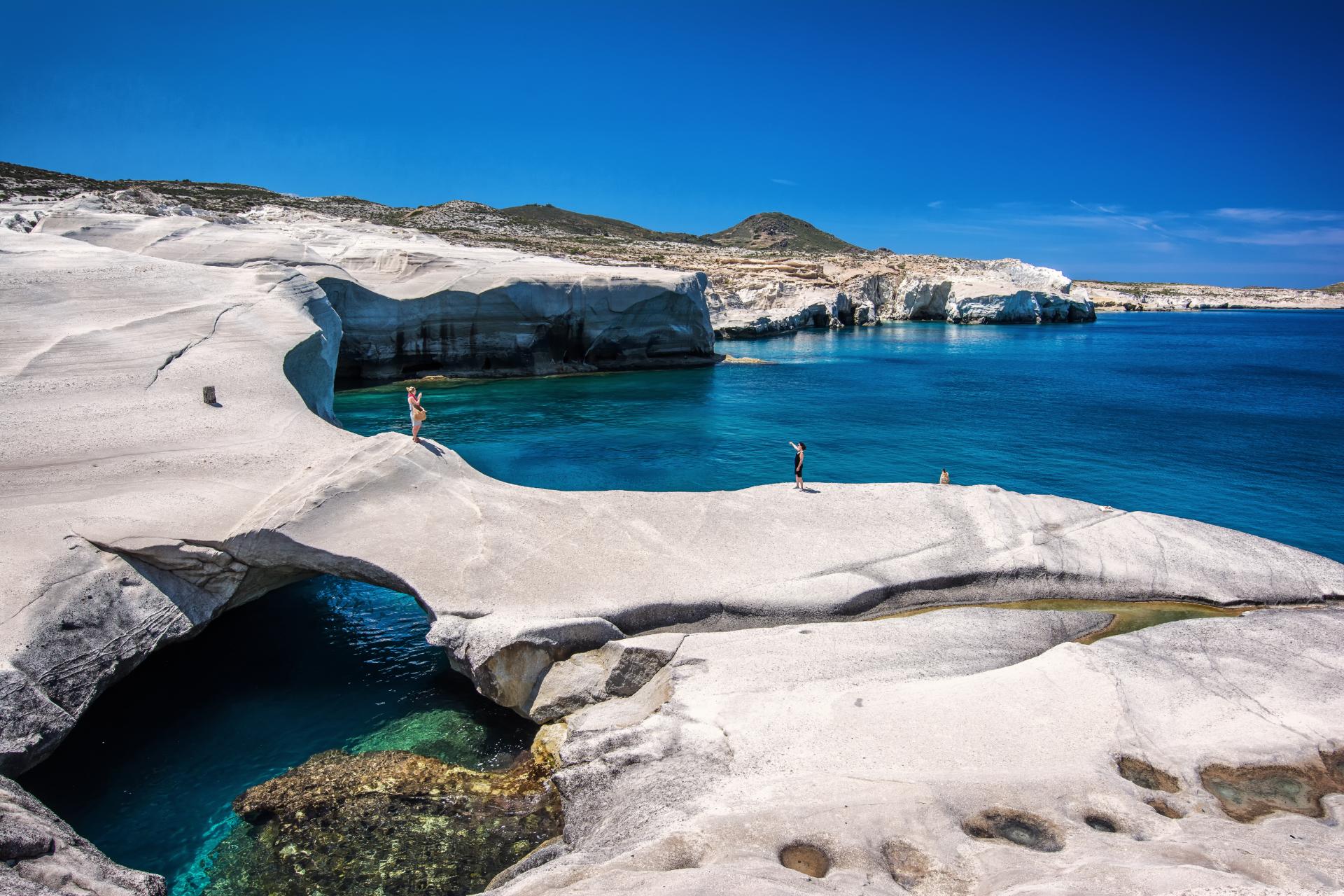 Milos is a volcanic Greek island in the Aegean Sea, just north of the Sea of Crete. Milos is the southwesternmost island in the Cyclades group.

Milos is the southwesternmost island in the Cyclades, 120 kilometres (75 miles) due east from the coast of Laconia. From east to west it measures about 23 km (14 mi), from north to south 13 km (8.1 mi), and its area is estimated at 151 square kilometres (58 sq mi). The greater portion is rugged and hilly, culminating in Mount Profitis Elias 748 metres (2,454 feet) in the west. Like the rest of the cluster, the island is of volcanic origin, with tuff, trachyte and obsidian among its ordinary rocks. Volcanic activity began 2 to 3 million years ago during the Pliocene, and last erupted 90000 years ago during the Pleistocene, and is considered to still be a dormant volcano that could erupt again. The natural harbour is the hollow of the principal crater, which, with a depth diminishing from 70 to 30 fathoms (130–55 m), strikes in from the northwest so as to separate the island into two fairly equal portions (see photo), with an isthmus not more than 18 km (11 mi) broad. In one of the caves on the south coast, the heat from the volcano is still great, and on the eastern shore of the harbour, there are hot sulfurous springs.