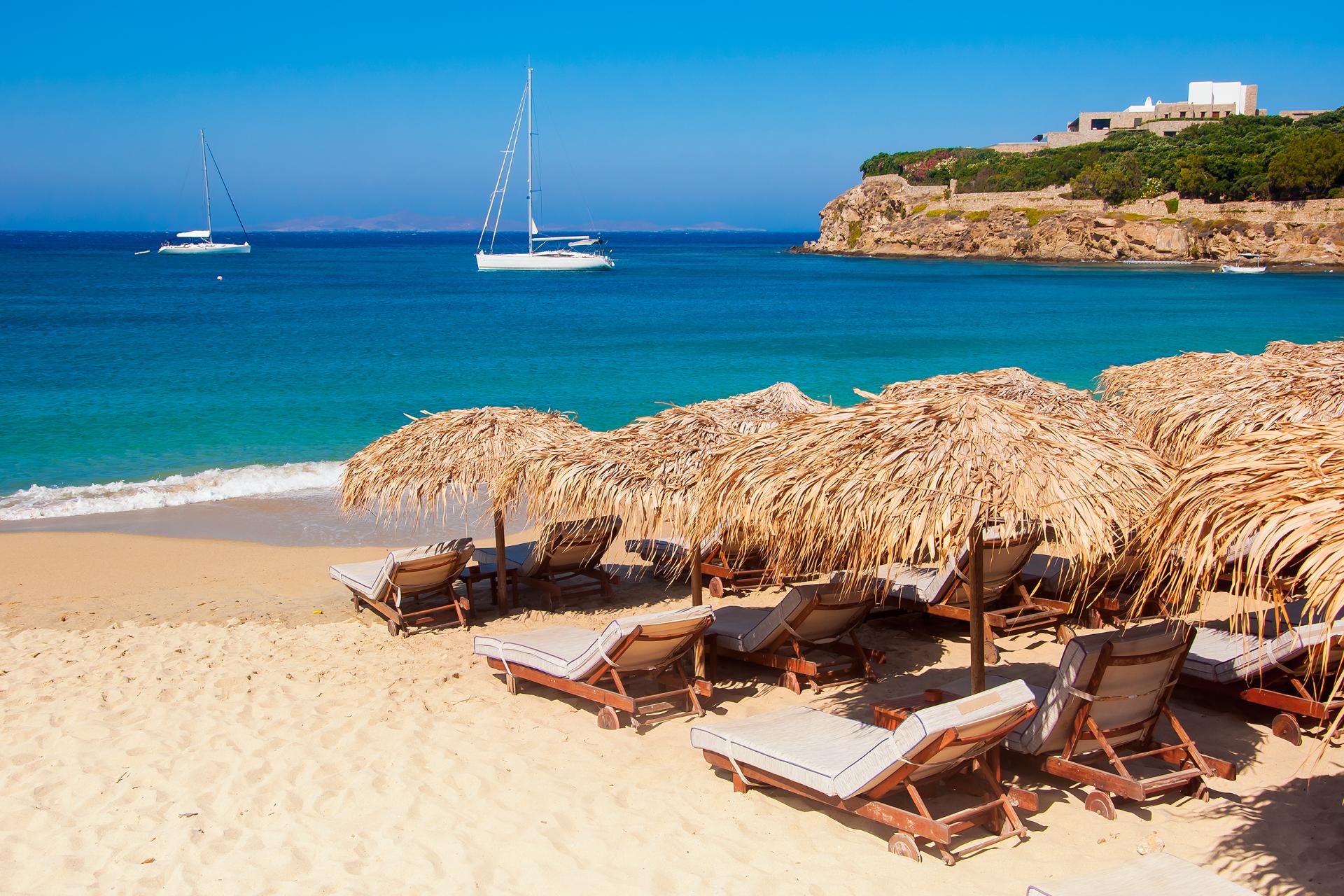 Mykonos is a Greek island, part of the Cyclades, lying between Tinos, Syros, Paros and Naxos. The island has an area of 85.5 square kilometres (33.0 sq mi) and rises to an elevation of 341 metres (1,119 feet) at its highest point. There are 10,134 inhabitants according to the 2011 census, most of whom live in the largest town, Mykonos, which lies on the west coast. The town is also known as Chora (i.e. the Town in Greek, following the common practice in Greece when the name of the island itself is the same as the name of the principal town).

Mykonos’s nickname is “The Island of the Winds”. That is due to the very strong winds that usually blow on the island. Tourism is a major industry and Mykonos is known for its vibrant nightlife and for being a gay-friendly destination with many establishments catering for the LGBT community.

The island has an area of 85.5 square kilometres (33.0 sq mi) and rises to an elevation of 341 metres (1,119 feet) at its highest point. It is situated 150 kilometres (93 miles) east of Athens in the Aegean Sea. The island features no rivers, but numerous seasonal streams two of which have been converted into reservoirs.

The island is composed mostly of granite and the terrain is very rocky with many areas eroded by the strong winds. High quality clay and baryte, which is a mineral used as a lubricant in oil drilling, were mined on the eastern side of Mykonos until the late 1900s.

It produces 4,500 cubic metres (160,000 cu ft) of water daily, by reverse osmosis of sea water in order to help meet the needs of its population and visitors.

The island has a population of nearly 12,500, most of whom live in the main town of Chora.