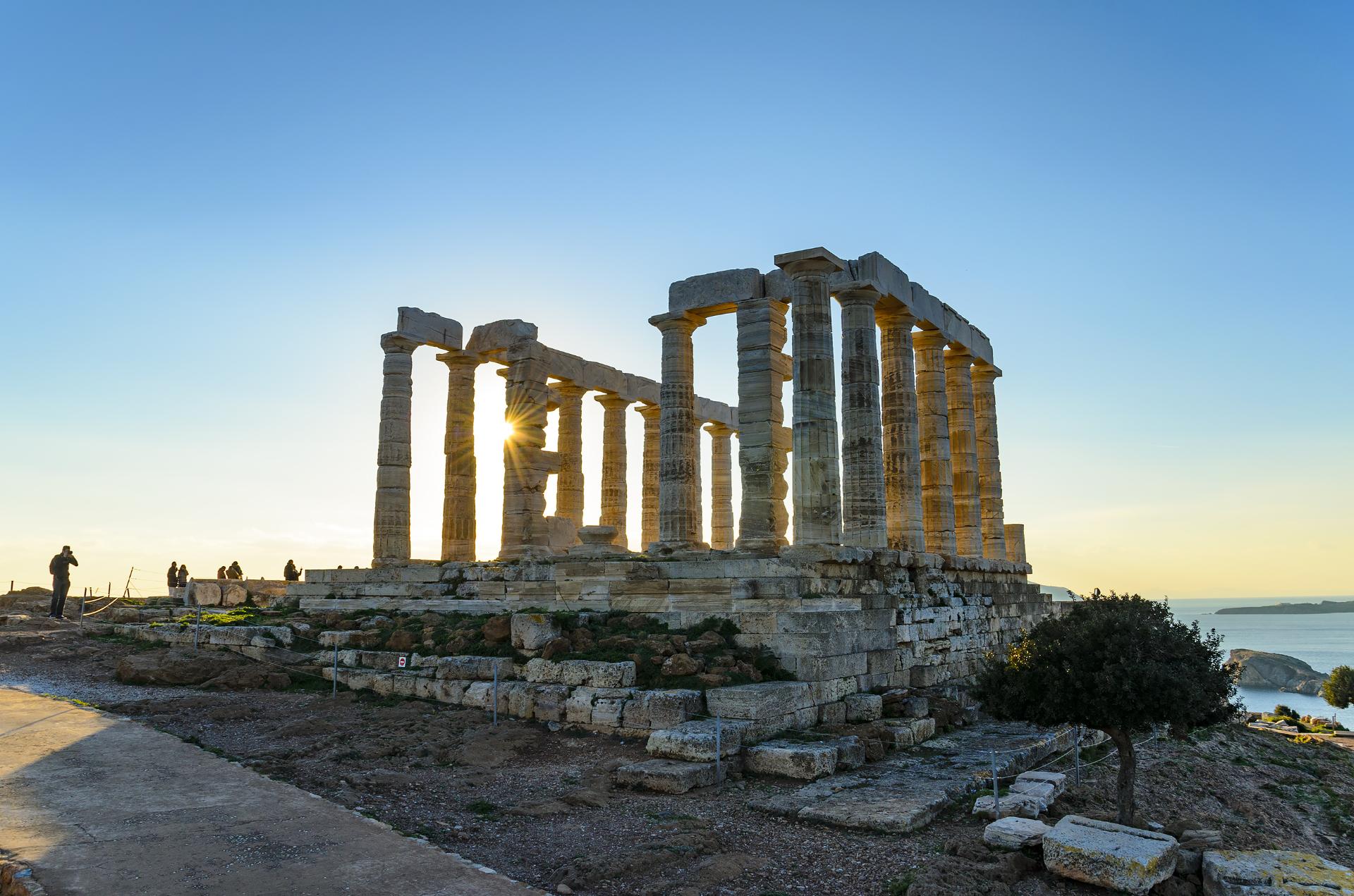 Cape Sounion  is the promontory at the southernmost tip of the Attic peninsula, 8 kilometres (5.0 mi) south of the town of Lavrio (ancient Thoricus), and 70 kilometres (43 mi) southeast of Athens. It is part of Lavreotiki municipality, East Attica, Greece. It is 59.6 km away from Athens.

Cape Sounion is noted for its Temple of Poseidon, one of the major monuments of the Golden Age of Athens. Its remains are perched on the headland, surrounded on three sides by the sea.

The earliest literary reference to Sounion is in Homer’s Odyssey (III. 278–285). The story recounts that as the various Greek commanders sailed back from Troy, the helmsman of the ship of King Menelaus of Sparta died at his post while rounding “Holy Sounion, Cape of Athens.”[1] Menelaus landed at Sounion to give his companion full funeral honours (i.e., cremation on a funeral pyre on the beach).

Archaeological finds on the site date from as early as 700 BC. Herodotus (VI.87) mentions that in sixth century BC, the Athenians celebrated a quinquennial festival at Sounion, which involved Athens’ leaders sailing to the cape in a sacred boat.