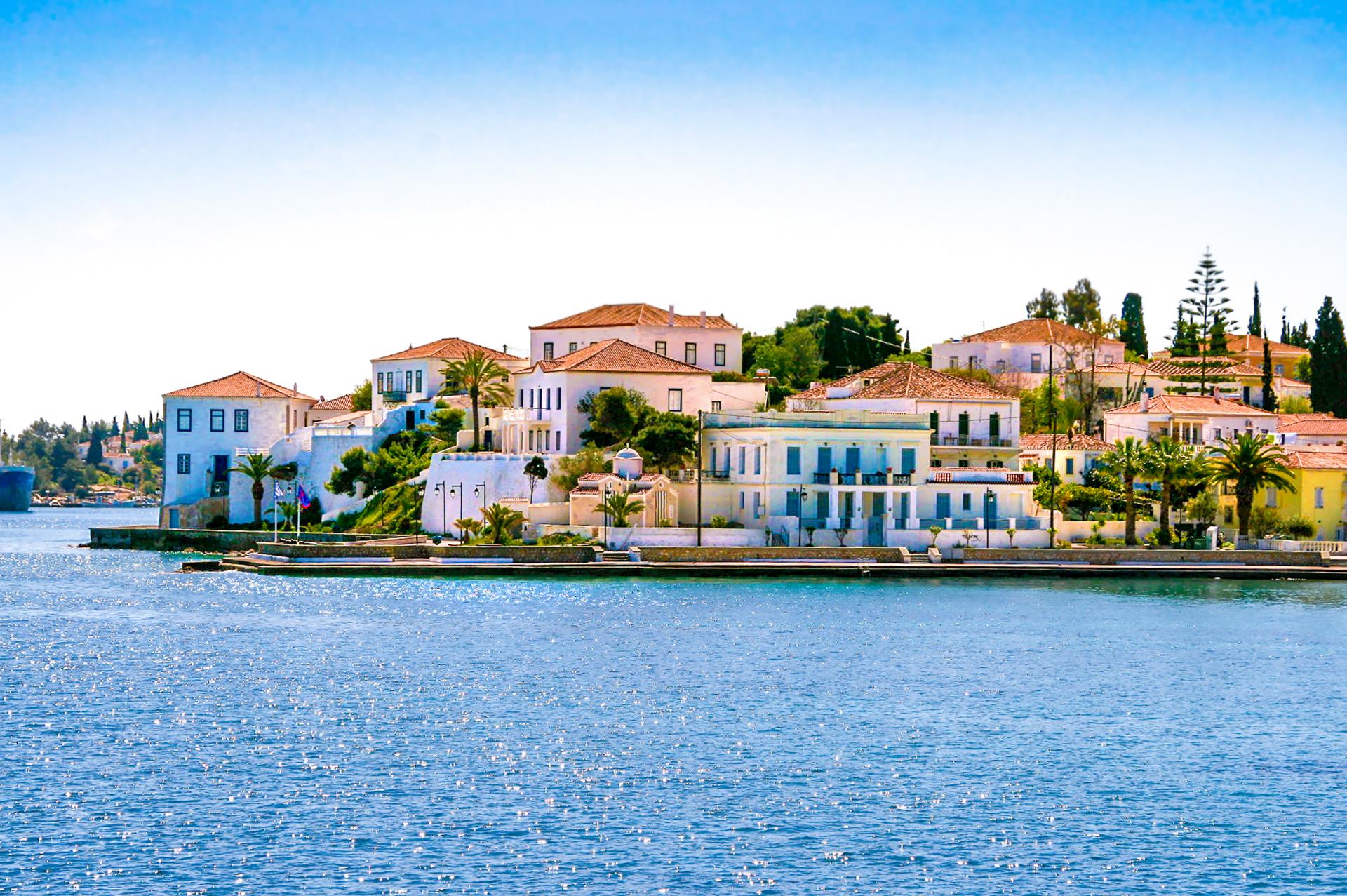 Spetses (Greek: Σπέτσες, Ancient Greek: Πιτυούσσα “Pityussa”) is an affluent island and a municipality in the Islands regional unit, Attica, Greece. It is sometimes included as one of the Saronic Islands. Until 1948, it was part of the old prefecture of Argolis and Corinthia Prefecture, which is now split into Argolis and Corinthia. In ancient times, it was known as Pityussa; Spetses is a borrowing from Italian spezie “spices”.

An unusual aspect of Spetses is that no private automobiles are allowed within the town limits. The most common modes of transport are walking, horse-drawn carriages, bicycles, mopeds, and motorcycles. Only taxis and delivery vehicles are allowed in the downtown area. Ferries and high-speed hydrofoils arrive regularly from Piraeus.

Trails encircle the island and total about 25 to 30 km. Beaches closest to the town of Spetses include Ayios Mamas in the center of town; and Kaíki (previously College) beach 1 kilometre (0.6 miles) to the northwest and Ayia Marina 2 kilometres (1 mile) to the south, both of which offer water-sports. Public buses serve beaches further outside town, including Zogeria, Ayioi Anaryiroi, and Ayia Paraskevi.

Cape Sounion  is the promontory at the southernmost tip of the Attic peninsula, 8 kilometres…
kvadminApril 2, 2021