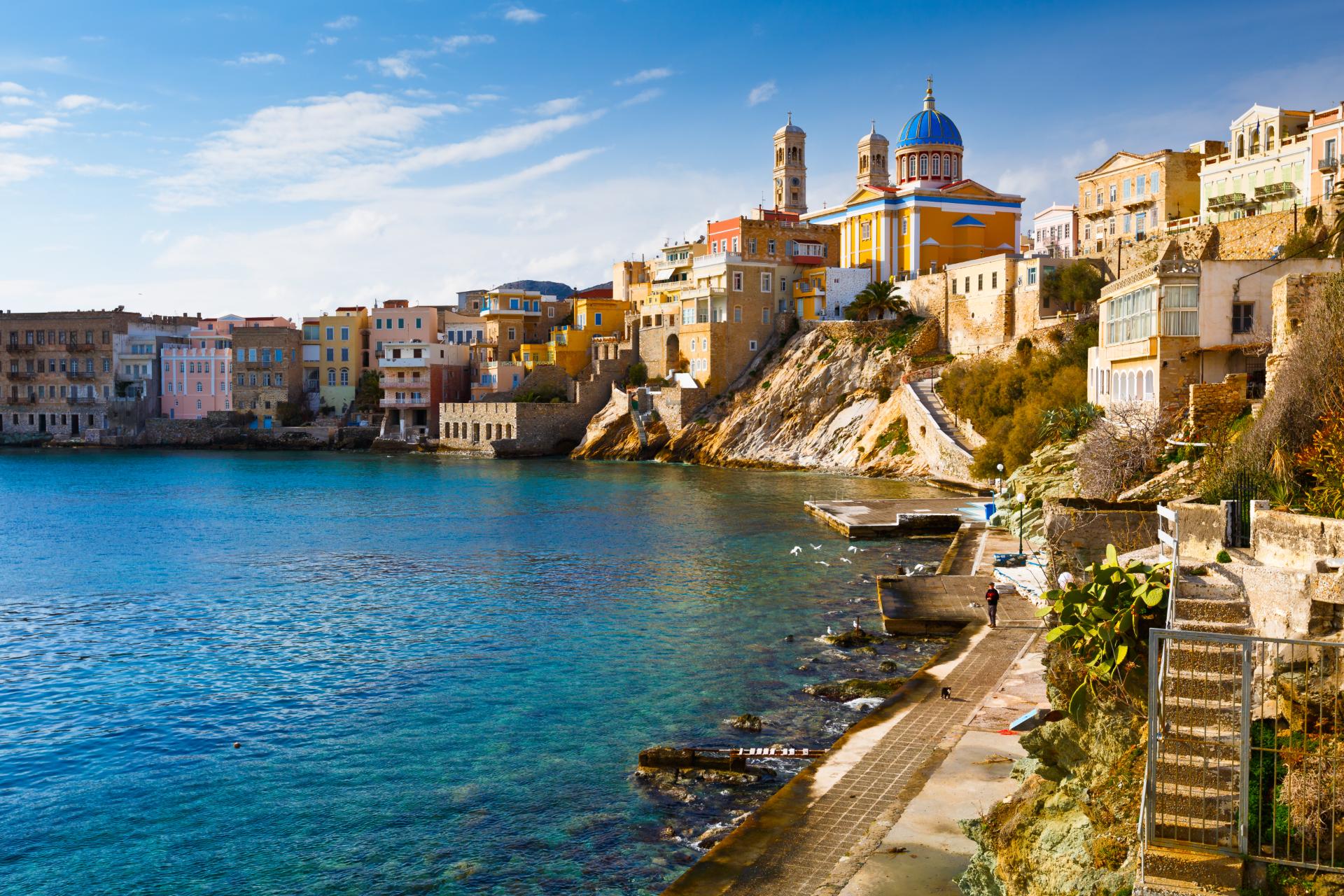 The largest towns are Ermoupoli, Ano Syros, and Vari. Ermoupoli is the capital of the island, the Cyclades, and the South Aegean. It has always been a significant port town, and during the 19th century it was even more significant than Piraeus. Other villages are Galissas, Foinikas, Pagos, Manna, Kini and Poseidonia.

Ermoupoli (Greek: Ερμούπολη) stands on a naturally amphitheatrical site, with neo-classical buildings, old mansions, and white houses cascading down to the harbour. It was built during the Greek War of Independence in the 1820s.

The city hall is in the center of the town, in Miaoulis Square, ringed with cafés, seating areas, and palm trees. Dubbed the “City of Hermes”, Syros has numerous churches, such as Metamorphosis, Koimisis, St. Demetrius, Three Hierarchs, Anastasis, Evangelistria, and St. Nicolas. There is an archaeological museum and a municipal library.

The quarter of Vaporia is where sea captains traditionally lived. There are numerous neo-classical mansions along the quarter’s narrow streets.